Home » Games » Heroes of Might & Magic 3: Horn of the Abyss Review

Do you remember that game, where we got to basically wage war and dictate tactics in battles with magical creatures and the like? Where we swung spells and boulders around with mighty champions of our cause and the war machines set upon enemy castle walls? A game in which we could either prosper or be broke as hell the next day, sometimes all in the search of an artifact that would give us an advantage over our well-fortified foul enemies? If you thought of Heroes of Might & Magic 3, we’re on the same page, if not, then take five and keep reading, because there’s more to be said about the amazing fan-made mod-expansion for it.

Also, be sure to check our article about the Best Heroes of Might and Magic Game.

The original company, New World Computing, that made an absolute jewel among the Heroes of Might & Magic series – Heroes 3, had closed its doors many years ago, having sadly gone bankrupt. However, as the game itself continues to thrive in the hearts and minds of its fans all around the world, it remains maintained and nurtured by the loyal community of its own heroes. Heroes, which had created a mod for our beloved HoMM 3 called Horn of the Abyss.

The mod was announced first time in early 2008 and was delayed until December 31st in 2011 due to many unforeseen (but if we’re real, not unexpected) complications when we finally got the Russian language version of it. The project was far from what it is right now but did get updates every year since, and even though the road was quite rocky, it eventually grew into the praiseworthy expansion we have today. 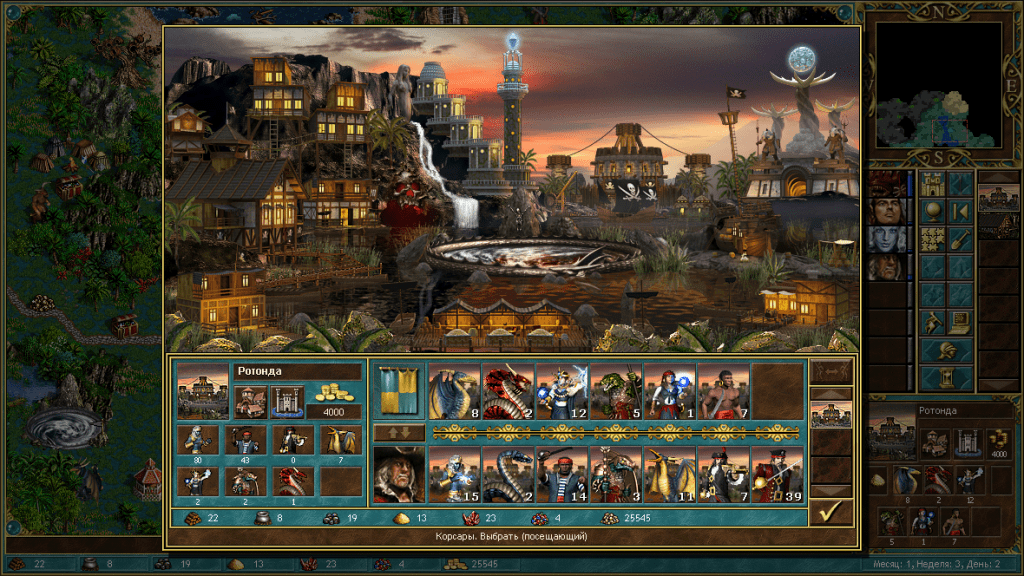 Heroes 3 HotA – Horn of the Abyss – Truly an Expansion

This mod has been generally well-received, with many players swearing on it being the best mod-expansion out there. And whilst HoMM 3 HotA is at its core a mod, its size of content for us to enjoy stretches into the waters of being indeed considered a large expansion. Its extensive features, put together by the loyal fellow community in Russia further expand on the lore-friendly Regnan Empire in its Horn of the Abyss campaigns, which are pretty extensive and not to mention some of them extremely hard.

You know, ‘those guys with basic castles’ from previous original HoMM 3 campaigns? Well, Heroes 3 Horn of the Abyss covers these guys with a loud and echoing ‘Yarr!’ of its own, and gives us their actual home – The Cove to play around with and upgrade it with new pirate and sea-creatures alike that will fight our battles, with one unit having two upgradeable options. We also have a brand new war machine – the Cannon, which replaces the feeble Ballista, should we desire smacking cannon balls at our enemy’s faces.

A brief description would be that Horn of the Abyss gives us brand new heroes of the type Captain, which will kick asses, and type Navigator, which will blast anyone’s face with a well-aimed fireball for you – So a total of sixteen new Cove heroes to be precise, eighteen if you count the two extra from HotA campaigns. Moreover, the good old homm 3 heroes we’ve all grown to love (or hate) have had some training of their own and have had their specialties changed, whilst some have been removed or replaced in certain maps that make sense for this. We have a variety of choices at obtaining brand new artifacts to empower our heroes with. Four of them being Cove artifacts, another four very cool combination artifacts, and ten general new artifacts, not counting the new war machine.

With any Lovecraft Cthulhu fans out there, you’ll also get to recognize a new neutral unit among a few that were added, in addition to Satyrs, Leprechauns, and Steel Golems. And whilst we also have a whole bunch of new map objects to explore or decorations to admire (over thirty!), we get to actually explore much more of the before (let’s be honest) boring water-covered parts of the land – being that the mod theme is pirates. Come on, pirates! The original homm 3 system itself received balances of their own – Just a few to mention are accumulation to the creature dwellings and a pretty big change to Necromancy skill’s effect being halved, thus balancing the game further. We also got a new skill that was added, called Interference, which reduces the enemy hero’s Spellpower in combat.

The developers gave us new single-player scenarios and improved some graphics, animations, and changed the interface from the original Heroes 3 – With new interface elements on their own being menu backgrounds and actual loading screens. In addition, you can move and split troops and artifacts with just one click – no more sluggish and annoying Heroes 3 system, and in the battles you actually get to see the troop turns and rounds as they go by, thus can plan your strategies accordingly. The team of HotA also utilized map effects that were never used in the original Heroes 3 game, yet have existed already. In addition to fixing bugs, there were many balances introduced to the original game, such as building effects, spells, items, and AI tactics.

In general what’s worth mentioning is also that the majority of creatures from the Cove are heavy on offense, with few having defensive skills also. So get ready for a whirlpool of swift battles, dismantling any foes in your path with your tactics, such as they may be. Though many of you are in agreement that the Cove of HotA is either the best or balanced town, it’s this one’s humble opinion that you should simply try it out online, as it appears to have its own ups and downs and is according to that – in this one’s opinion, a fairly balanced town. The HotA team already has a new town for us in the making for the future patches, called Factory, and with it dwarves, robots, and the wasteland terrain to go with it. 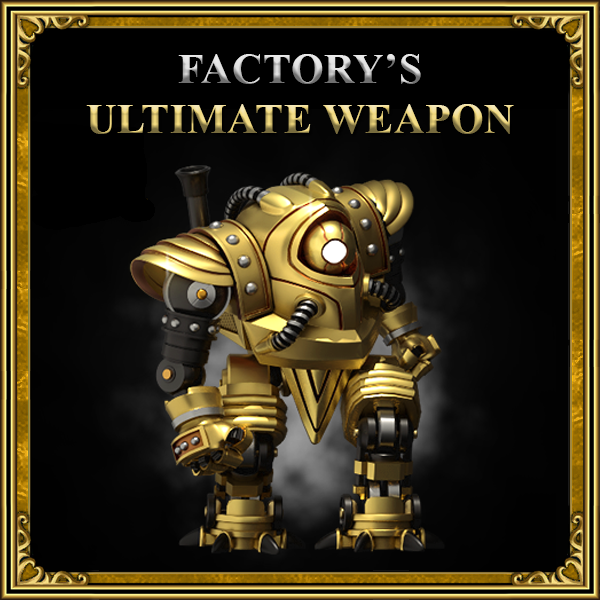 As for the campaigns for the story-driven pirates out there, there are three main Horn of the Abyss campaigns available to us that send us through a variety of missions. We end up rescuing people, making new allies, and – not surprisingly, being betrayed by some. The storyline leads your protagonists in search of Horn of the Abyss, which is an artifact that raises fallen creatures as Fangarm troops (Mini Cthulhu – love it!) with half their health pool. And, whilst you may wonder if the story is related to previous Heroes 3 campaigns or their expansions, you don’t have to worry about that, as no knowledge is required to make sense of what’s about to unfold before your fingertips if you play this jewel of mods. The maps are absolutely filled with lots of treasures and creatures to defeat, and a variety of powerful artifacts, including the combination artifacts, which you can turn into and from a new more powerful artifact – So exploring is highly rewarded indeed (for any other landlubber, such as myself). Put in your exploration sense and desire to uncover the hidden secrets offered to us by the well-done campaign maps, and you can get roughly 20 hours of gameplay on your hands, at the very least. Just brilliant!

All of that and more in ‘just a mod’. The Heroes of Might and Magic 3 HotA Crew that made this amazing expansion for us to enjoy ensured that all of these features are in fact standalone and the mod gets regular updates. And whilst you’re probably excited – if you haven’t yet – to try out Heroes of Might and Magic 3 Horn of the Abyss campaign, get ready for this one; The team of HotA also maintains online tournaments of their own so that you may wage war upon your friends, family and the dog, if you so desire.

With a built in online lobby, you get rated and can make friends or block others after some well-placed words of your wisdom bestowed upon them. If you’re worried by all the changes in HotA, you can easily give it a try and decide for yourself if this expansion is something you feel comfortable with, because it won’t get in the way of any other mods or expansions in the original Heroes 3 game. However, with thousands of people swinging their scimitars and halberds already at their foes, if you feel like you want some pirate medieval action with cool sea serpents, grab this puppy and indulge yourself with all its castle-conquering, spell-flinging and battle-mongering glory – just like any true pirate would.

With just one thing left to say before we part ways upon the restless ocean of the web; Well done team HotA! Hats off to you all for your effort and this cool expansion-mod, and a bottle of rum for everyone!

If never played any of the heroes games and you feel like giving the third one a try, you can buy both the complete and the HD editions on GoG.

Gamersden.gg
The Gamersden.gg team is dedicated to bringing their readers only the most interesting and up-to-date gaming related news.
https://gamersden.gg